The ASP can be programmed using a straight-through RS232 serial connection using either the rear DB15 on mid-power units or the front DB25 on high power units. The pinouts for the cable using a standard female DB9 connector on the computer side are shown below.

Additionally, some jumpers may need to be moved as some ASP units were shipped without RS232 functionality on the ports. The detailed service manual gives a chart for non-RS232 jumper placement, and reversing these jumpers will re-enable RS232 operation. 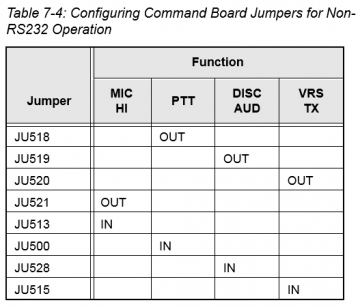 The OEM Motorola part number for the front programming cable is HKN6155, which comes in at around $100 for a single cable. Fortunately, a wonderful tinkerer from an unknown forum did a teardown on the cable and found out that it's not much more than a TTL converter with a few components for various voltage levels. 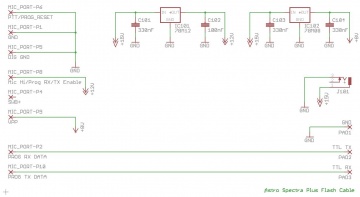 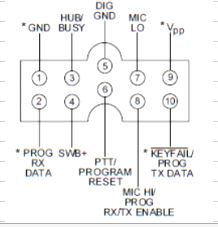 The TTL serial levels can come from any appropriate RS232-TTL converter such as a MAX232, or from a USB-Serial converter such as an FT232. The proper voltages required for programming via the mic jack are provided by the +15v supply, but you could also use a +12v input and a single regulator to step down to +8v.

From [thread on communications.support], an even simpler circuit for flashing & programming the spectra plus was shown. 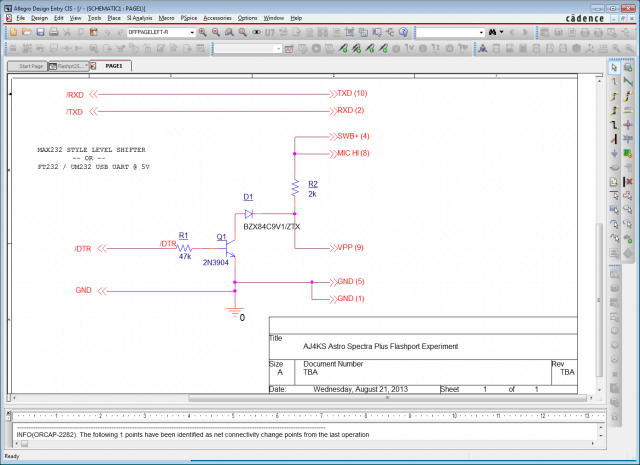 See Astro Spectra#Out of Band for information as the Plus shares the same VCO hardware.

P25 Out of Band Limitations

Unfortunately for those wishing to use P25 in the ham bands, there is a firmware restriction for the UHF-R and VHF-K bandsplit radios which prevents the vocon from modulating P25 below 450 and 148 MHz, respectively. This firmware limitation can be worked around by directly editing the codeplug partition, but unfortunately this requires tools even more advanced than standard Astro25 Depot.